LunchBytes: From Eyes to Apps

All of our events may be recorded and shared via the University of Sheffield Kaltura platform so those who cannot attend may still benefit. We will consider your attendance implict consent to this.

Our speaker this month was Dr Ilse Daly who told us about her journey from vision scientist to start-up founder at her company Blackdog Biomechanics.

I’ve had a varied academic career, going from a Physics undergraduate to an Ecology of Vision PhD where I specialised in tracking and understanding the weird and wonderful eyes of the mantis shrimp. Mantis shrimp have 12 distinct colour receptors (we have 3), can see 2 types of polarized light (we see none) and can move their eyes independently in three rotational planes. Building a bespoke mantis shrimp eye tracker was an *“interesting” task, which put me on the path to becoming a software developer. However, there’s a pretty big gulf between being a true software developer and someone who just writes MATLAB code to track shrimp eyes!*

As my academic career went on, I realised two things 1) academia wasn’t really for me and 2) the computer vision techniques I’d been learning could be used for a lot of useful stuff. So I started tinkering on the side - in the evenings and at weekends and I eventually fell into app development, which in turn led to me to starting my own business; BLACKDOG biomechanics.

Sounds easy right: have an idea, write the app, sell the app… Turns out that’s not entirely how it works, as I’ll show in this talk. 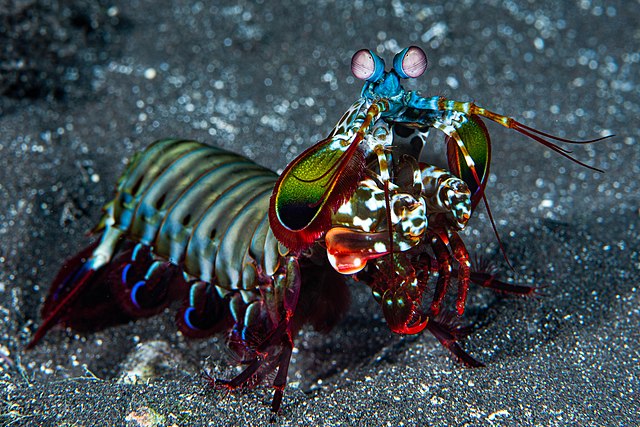